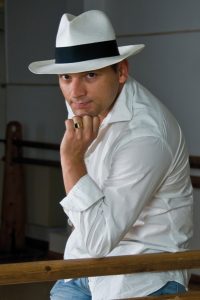 In 2009 Mr. Bartes was appointed Ballet Master and Resident Choreographer of Sibiu Ballet Theatre in Sibiu, Romania. Where he choreographed, and produced numerous productions with a great success.

Many other projects and positions Mr. Bartes held in the past decade are Co-Founder and Choreographer at Interdanza-Giappone Ballet Project in Livorno, Italy, permanent Jury Member and Master Teacher at Passion du Ballet a Kyoto Competition in Kyoto, Japan, Founder and Artistic Director of International Ballet and Contemporary Dance Competition Domenico Modugno and International Ballet Seminar in Bari, Italy.

Mr. Bartes most recent achievements include Choreographer at Vakhtang Chabukiani Tbilisi Ballet Art State School production of Sleeping Beauty and guest Ballet Master at State Ballet of Georgia in Tbilisi during 2016. Also, he was a guest Ballet Master and Choreographer at Cairo Opera House, Egypt for the production of Coppelia and Gala Performance which include staging of Polovetsian Dances and Samson and Delilah for the company 2015-16 season. Mr. Bartesalso wasa guest Ballet Master at Ballet de Jalisco, Guadalajara, Mexico during the 2016-17 season. Additionally, in 2017, he choreographed at Buryat State Academic Opera and Ballet Theater, Russia production of Coppelia. Besides choreographing and teaching all over the world, Valentin Bartes is currently the President of Arte Italia Cultural Association.