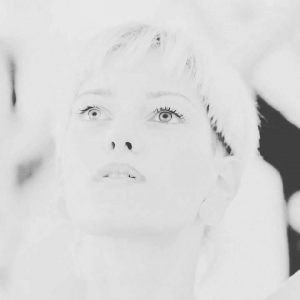 Director and choreographer of the company Equilibrio Dinamico (EDC) and the training program Ed Ensemble;

She studied and perfected herself between Italy and abroad with the great exponents of international contemporary dance through the Roma Dance Educational, Eastman Intensive/repertoire Sidi Larbi Cherkaoui in „Sutra”, at deSingel Internationale Kunstcampus, Antwerp, Intensive Gaga (Batsheva) at the Teatro Regio of Turin, Intensive Hofesh Shechter Company at the Teatro delle Muse, Ancona. Her training allows her to get in touch with the study of the Kylian and Forsythe repertoire and with dancers and choreographers coming from NDT and other impressive companies on the contemporary scene such as Batsheva, Vertigo, Cullberg Ballet, Random Dance Company, Zappalà Danza Company, Spellbound.

In 2011 she founded in Puglia (Italy) EDC, immediately choosing to be a company that had a contemporary repertoire, created exclusively for it. Equilibrio Dinamico boasts Italian premieres signed by international choreographers like B. Uyttenhove, J. Pokorny, M. Kass, C. Bugnon, I. Kirov and M. Blazquez or R.Buscarini. The productions by Roberta Ferrara have been included in different festivals and dance seasons including Italy, Mexico City, USA, Albania, Kosovo, Belgium, Germany, Slovenia, Singapore, India, Brazil, Japan.

In 2012 she becomes one of five choreographers chosen for the WDA / World Dance Alliance Europe – director J.Fontano (World Dance Organization) and in the same year she wins the Agorà-danza d’autore Contemporanea Award, staged at the Teatro Olimpico in Rome.

In February 2014 she graduated from the University A. Moro, Bari, with a bachelor’s degree in Modern Literature – Theatrical Culture, with the experimental thesis „Tarantism as a therapeutic rite”. This study saw Ferrara become a speaker at the University Conference „La memoria who lives”.

In September 2014 the ED Ensemble training program was born, aimed at young students wishing to have a complete knowledge and awareness of theater-dance and contemporary dance, attracting a network of schools that intend to disseminate the ongoing research of contemporary art.

Between 2016/17 she has been a guest at the Staatliche Ballettschule Berlin, art direction Prof. Gregor Seyffert; where she created the moment called „The theory of everthing”, which won an award at the International Dance Festival Tanz Olymp in Berlin.

In 2018 the creation „Nature is Speaking” was hosted by the artistic director Sergei Vanaev of the Ballett Gala of the Stadttheater Bremerhaven, Germany.

In March 2018, under the leadership of Marcelo Santos de Oliveira, she won the choreography award at Solo Tanz Theater in Stuttgart with „Equal to Men”; on this occasion, she was awarded the Residenza prize at the Theater of Augsburg (Germany) by the director Ricardo Fernando.

She is currently a guest teacher and choreographer between Italy and other countries.