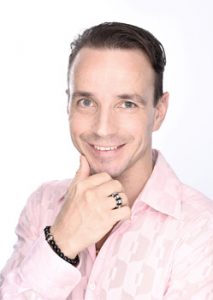 Denis Medevedev was born in Moscow. He finished the Moscow College of Choreography (class of Peter Korogodsky), then he completed his studies at the Department of performing arts at the Institute of Choreography qualifying as a teacher-repetiteur (now the college and the institute are combined into the Moscow State Academy of Choreography). After graduation in 1994 he joined the Bolshoi Ballet.
His master-repetiteur is Valery Lagunov.

2004
Saracenic Dance (Raimonda by A. Glazunov, choreography by M. Petipa, Y.Grigorovich production)
Tarantella (music by L.M.Gottschalk, choreography by G. Balanchine)
Postmaster (Ward # 6 to music by A. Part; choreography by Radu Poklitaru) — creator of the role
Three Soloists (Y. Krasavin’s Magrittomania, choreography by Y. Possokhov) — was among the creators of this ballet at the Bolshoi Theatre

2007
Soloist (Philip Glass’ In the Upper Room, choreography by T. Tharp) — was among the creators of this ballet at the Bolshoi Theatre
Pas d’Esclaves (Le Corsaire by A. Adam, production and new choreography by A. Ratmansky and Y. Burlaka after M. Petipa)
part in Class Concert (to music by A.Glazunov, A. Lyadov, A. Rubinstein, D. Shostakovich, choreography by A. Messerer)

2008
Pas de trois (Grand Pas classique for the ballet Paquita by L.Minkus, choreography by M. Petipa, new choreographic version by Y. Burlaka) — was among the creators

2012
King Louis XVI (B. Asfiev’s The Flames of Paris, production and new choreography by A. Ratmansky after V. Vainonen)
Pas de trois in Emeralds (Part I of Jewels, music by G. Faure, choreography by G. Balanchine)
Skomorokhs (Ivan the Terrible to music by S. Prokofiev, choreography by Y. Grigorovich)

2014
Gremio (The Taming of the Shrew to music by D. Shostakovich, choreography by J.-C. Maillot)

He danced Horseman (Polovtsian Dances in Prince Igor by A. Borodin, choreography by K. Goleizovsky) at the celebratory Bolshoi’s gala opening concert.
He took part in the youth “New Year premiers” of the Bolshoi Theater (1997), performing in the duet number “Improvisation”, D. Peregudov’s production.
In 2008 he participated in the Bolshoi Theatre’s Studio of New Choreography project. There he danced the choreographic number Heroic, included in the 1st department of the Studio — inspired by Scriabiniana, K. Goleizovsky choreography.
He apperared as James in H. Levenskiold’s La Sylphide with the Ballet Company of Bashkir state opera and ballet theater (Ufa, 2004)

In 2004 he danced the title role in Nijinsky ballet to music by S. Rachmaninov (choreography L. Lavrovsky).

In 2009 he performed the title role in Spartacus — the triumph of Rome (choreography K. Ivanov) at the International ballet festival n.a. Galina Ulanova in Ioshkar Ola.
In 2010 he danced Stranger at the premiere of Le Sacre du printemps ballet by I. Stravinsky (choreography S. Bobrov) at the Krasnoyarsk opera and Ballet Theater. The premiere took place as part of the 1st International Forum “Ballet XXI century”. He also danced there the role of Shepherd in Spartacus with the ballet company of that theater.
In 2011 he danced Mozart in Mozart and Salieri to music by W.I. Mozart and A. Salieri (choreography by V. Bokkadoro) on the stage of Krasnoyarsk opera and Ballet Theater in the course of the “Krasnoyarsk-Paris” Russian-French cultural festival.
He has appeared in a number of gala-concerts and has a vast concert repertoire.
In 2004 he danced the concert number Narcissus to music by N. Cherepnin (choreography by K. Goleizovsky) in the gala-concert in honor of the Ballet magazine Soul of Dance prize decennary. Vladimir Vasiliev, for whom the number was initially staged, stated that Denis Medvedev was one of its best performers.

In 2003, Denis starred in the film-ballet “Edith Piaf”, choreographed by M. Lavrovsky.